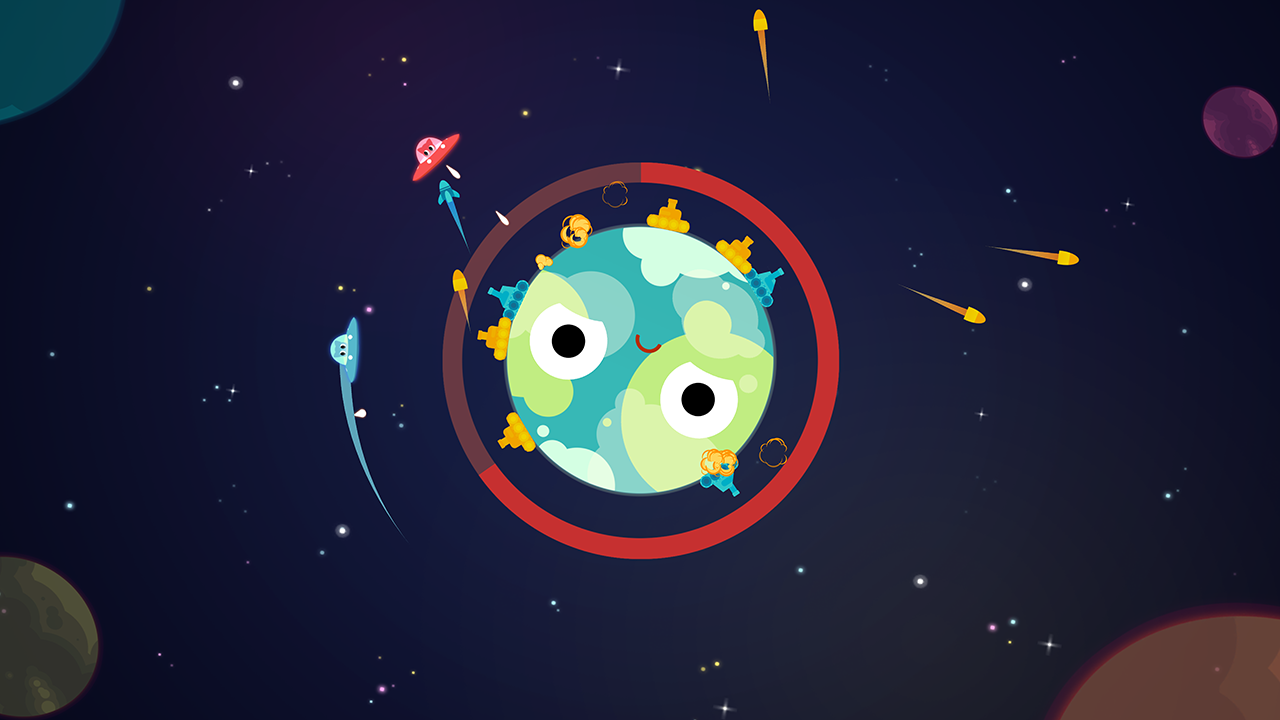 
Tools of the trade:


Beam Team is a co-op PC and Arcade game about interstellar diplomats destroying planets in a series of increasingly challenging boss fights.

You and your team are interstellar diplomats from the planet Yoofo, and you’ve just received your latest orders: find and destroy the other planets in this quadrant of the galaxy. At least... you’re pretty sure that’s what they said; the signal gets spotty out here. It’s an unusual mission for your department, but hey, diplomats are nothing if not adaptable.

Beam Team was designed to be a co-operative experience where players would help each other defeat a series of increasingly challenging boss fights. Core to the design of the game is the idea of ‘jostling’ - a feeling of competing to one-up your allies, even as you are helping each other.

The game was initially released in 2018 to PC platforms, but Noble Steed Games was approached to develop an Arcade version of the game. This cabinet is in development, and will release soon!

As one of our most iterative games, we spent a lot of time brainstorming planet ideas and how we could craft varied and unique planets and mechanics. But, it was the porting work that really brought Beam Team's core concept to life!

Working on a game for the physical arcade cabinet required a lot of unique development and testing, supporting unique ontroller niputs, coin/credit systems, and even triggering cabinet lights based on gameplay. The experience of planetary annihilation amongst friends really shined through in a traditional arcade setting! 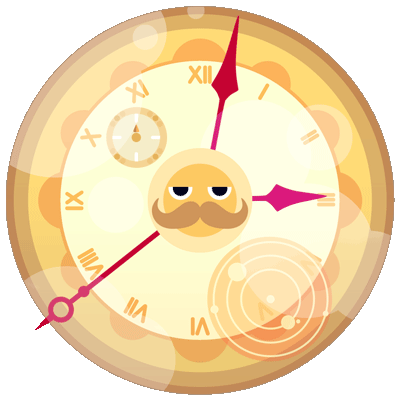 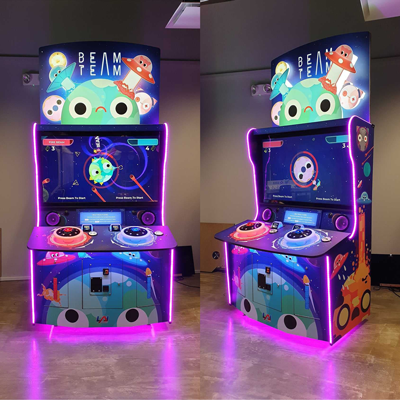 When we debuted the cabinet at PAX 2019, it was wonderful seeing gamers having planet-destroying fun!

I absolutely loved showing off the cabinet at PAX! People lined up for ages to get a chance to play, and some people came back time and time again to try and beat it!

MAKE GAMES WITH US